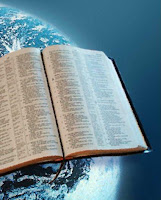 As the saying goes, "You can't have your cake and eat it, too." Theistic evolutionists cannot fairly claim different sources of authority. Either the bible is true in all aspects or it should be rejected.
When we look at the issue this way, we see how clear it becomes. The position of theistic evolution is one that all Christians must reject. Even many ardent atheistic evolutionists despise the theory of theistic evolution because of its inconsistency. At a basic intellectual level, it is an embarrassing position to hold.
We must be consistent with what we believe is true and why we believe it. The resurrection of Jesus matters, but so does the account of how the world began. How life began is absolutely critical. It is one of the most fundamental questions we can ask and answer. To reject the bible's answer to one of these questions but then embrace the bible's answer to the other is inconsistent and dangerous.
If we are to be consistent in how we read and interpret the scriptures, the only fair conclusion we can come to about creation is that God did it in six 24 hour days, just like it says in Genesis 1-2.

Theistic evolution has a similar consequence to straddling a picket fence, and trying to walk at the same time.

Seems rather inconsistent to believe a scientific theory,which denies the miracle of creation, and at the same time believe in the incarnation,the life and miracles of Christ, and His death and resurrection, which, also must be "scientifically" impossible?

Are we so intellectually proud that we believe we can explain everything with "science".

If something is truly science then it must conform with the principles or methods used in science, not assumptions.

I'm amazed at how willing some Christians are to interpret the bible so inconsistently. Who are we to determine which parts to believe and which parts to reject? It probably has to do with our consumer mindset in the West. We need to keep proclaiming the truth on this issue.

To the extent to which there is an inconsistency between accepting the resurrection and denying a literal 7X24 hour creation, I have yet to meet a believer who did not have that same degree of inconsistency elsewhere.

Consider: Do you believe that there was an actual man who was waylaid by bandits while traveling from Jerusalem to Jericho, an actual priest and Levite who passed him by; and a real historical Samaritan who helped him? Or do you believe that the parable of the Good Samaritan is a fictional story used to illustrate a point metaphorically? If you believe the latter, then you accept that the Bible is a collection of material in a variety of literary styles and genres, some of which are not meant to be taken literally. If you think the parable is Jesus telling an actual historical story that is literally true, then you’ll be the first I’ve encountered that believed that.

So I would suggest that question is not whether the Bible contains passages that are meant to be taken metaphorically; but which passages those are. I would claim that there is strong evidence in language and style that Genesis 1 is a poem; and as a poem it should be read for its metaphorical as opposed to literal truth, just as the parable of the Good Samaritan should be. It eloquently presents that creation occurred according to God’s will, plan, and power, and that initially at least “it was good”. In my opinion, this allows one to be completely consistent in believing that Jesus was resurrected but that there was no 7X24 hour creation.

Genesis 2 is more problematical – the use of specific names and personal quotes makes it look a whole lot more like historical narrative. While I know people who argue that Genesis 2-10 are written in an ancient style (no longer used today) that allowed for metaphor, I personally am not enough of an expert on ancient literary styles to be sure. I would however be hesitant to say that someone who believes that Genesis 2-10 contains metaphor and hyperbole based on its literary style yet believes in the resurrection is being inconsistent.

Theistic evolution also has the problem of death before sin; nearly impossible to resolve.

I agree. That is a HUGE issue that (stunningly) I've heard a good number of theistic evolutionists simply shrug off.

Thank you for commenting. It took me a while to reply because for some reason your comment ended up in the spam folder.

I agree that the bible is a collection of different literary styles. There is certainly metaphor used is certain places.

My focus, however, was specifically on Genesis 1-2. Should it be taken literally? I believe so. It may be a poem, but even poems can be literal. The language of Genesis 1-2 is straightforward. It speaks of God using a step-by-step, orderly process of creation. I do not understand why people have a problem with the idea that this is literally what occurred.

If it is metaphorical, then we really don't know what happened. I believe the question of how the world began is too critical for God to leave us guessing. There is simply no reason for Him to do this.

Additionally, we are discussing miracles. Parables are important, but they are not miracles. If the creation account as presented in Genesis 1-2 is denied, then why hold to a literal resurrection?

I understand what you are saying, but I'll have to respectfully disagree.

I wondered what happened... :)

Personally, I split the difference - I view Gen 1 as metaphor (and so I am OK with an "old earth") but believe that Gen 2 is properly interpreted as historical narrative, so there was a literal Adam and Eve who are the progenitors of all of us.

I don't see understanding *how* God created the universe as important as the fact that He *did* create it, so the lack of details in the Bible (under my understanding) isn't an issue. What really matters to me is clearly presented in Gen 1, even if viewed as metaphorical.

Here's a question for you. If you are willing to accept that the earth is very old, how do you then explain the corresponding necessity that death came before sin?