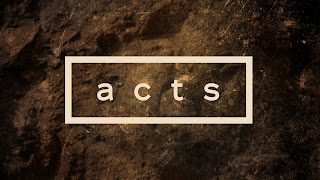 "Now there were in the church at Antioch prophets and teachers, Barnabas, Simeon who was called Niger, Lucius of Cyrene, Manaen a lifelong friend of Herod the tetrarch, and Saul. While they were worshiping the Lord and fasting, the Holy Spirit said, 'Set apart for me Barnabas and Saul for the work to which I have called them.' Then after fasting and praying they laid their hands on them and sent them off." (Acts 13:1-3, ESV)


I despise political correctness. Among other things, the politically correct thought police in our country have developed specific things you can say and cannot say when it comes to race. Actual meaningful dialogue regarding race relations has, quite sadly, become a near impossibility. I fear that in our secular society we will have racial problems until Christ returns.

If there is one place where people of different races should be able to be united it is within the body of Christ. This is because Jesus Christ is in the business of changing hearts from stone to flesh. It is also because in the church it is not race that unites people, but Christ Himself. How I wish Sunday mornings in this country were not so segregated!

When we look in Acts 13 we read something beautiful. Luke describes a group of men of varying backgrounds and races. These men appear, based on the small amount of data we have here, united around the person of Christ. They are worshiping and fasting. I'm not sure exactly what this means, but later in the paragraph we see that prayer was involved. Whatever they were specifically doing, it must have pleased God. Something extraordinary happened. The Holy Spirit spoke to them. Whether or not this was audible is not particularly important. The key is that they were in agreement about what the Spirit said. The men then obeyed.

These men, who could have been divided because of their differences, were instead united around Christ and his gospel. They understood that Christ's mission is what matters, not their variety of races. The unity they had in Jesus trumped all their differences.

Acts 13:1-3 is a short but powerful passage that speaks to the unity we can and should have in Christ. Nothing, not something even as significant as race, ought to be able to separate us from one another. It is Christ and his mission that matter.